INVEST NOW FOR A BETTER FUTURE WITH BBG

For the first time, Hyderabad surpassed Bengaluru as India’s top commercial real estate (CRE) destination in terms of gross demand for office space during the July-September quarter of this calendar year, as occupants focused on large Block agreements, especially from the BFSI segment and flexible workplace.

For the first time, Hyderabad had the highest share of lease volume at 2.5 million square feet (MSF), surpassing Bengaluru.

The IT-ITeS powered cities of Hyderabad, Bengaluru and Pune accounted for 62% of gross absorption in Q3 2021.

Bengaluru and Hyderabad should be the fastest growing cities and the third fastest-growing in Asia, respectively, during 2022-24.

While Bengaluru has always been CRE’s blue-eyed boy, Hyderabad has shown an enormous amount of potential and has grown by leaps and bounds, especially in the last decade.

The state aims to carry out multiple integrated projects throughout the city to continue to improve its real estate momentum.

In recent years, tech giants like Apple, Google, Facebook and Amazon have entered this market resulting in tremendous economic development.

In the Hyderabad market, BFSI and the flexible workplace sectors took the maximum share of the lease and accounted for 66% of total demand.

Hyderabad was also the main market in terms of supplying office space.

BBG’s vision is that by 2040, more than one million happy and satisfied. Indians will have the opportunity to make safe and secure long-term savings, thereby creating real, long-term wealth for their family.

Benefits to buyers from BBG:

Facilities for Buyers in Plots:

Why invest in Shadnagar?

Projects in and around Shadnagar:

Welspun Flooring President and CEO of International Business Mukesh Savlani said the facility will serve the domestic and export markets. 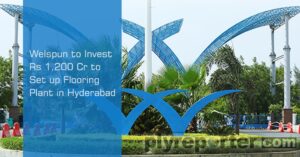 Surrounding developments of the Sadasivpet:

Sign up /Subscribe to my blog to receive the latest updates and new project launches  @Yadadri, Shabad, Shadnagar, and Sadashivpet.